On February 12, 2014, the United States District Court granted the United States’ motion for summary judgment which entitled the US to foreclose upon a taxpayer’s properties for back payroll and income taxes. 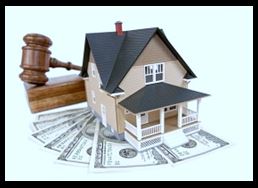 In US v. DeSerio, a couple owned two properties in Cornville, Arizona.  The couple owed outstanding federal employment, unemployment, and income tax liabilities covering multiple tax years from the early 1990s through 2007.  In the aggregate the couple owed the IRS over 1 million in back taxes.  The IRS utilized the powers authorized in IRC §6321 and §6322 and filed a notice of federal tax lien in favor of the United States.  The notice of federal tax lien attached to all of the taxpayers property rights including two Arizona properties owned solely by the taxpayer.

Generally speaking, the IRS has ten years to collect a back tax from the date of assessment.  According to court records, (CV-12-08117-PCT-GMS), the returns were filed and assessed late and, at some point, the couple filed an offer in compromise that tolled, extended, the collection statute.  Therefore, at the time the Department of Justice’s filed a suit to foreclose, the liens remained in full force and effect.

The US government claimed it was able to foreclose upon the federal tax liens, sell the couples’ properties, and apply the proceeds toward the taxes owed under IRC 7403.

The couple attempted to circumvent foreclosure stating that the Court had discretion in ordering foreclosure.  The taxpayers claimed that they were the victims of their financial advisor who was convicted of tax evasion.  Further, the taxpayers believed that, based on the value of one of the properties, they could qualify for a reverse mortgage of approximately $225,000.  The taxpayers argued that the poor real estate market and forced foreclosure sale would net the same amount obtained through the reverse mortgage.

The District Court reviewed the 1983 Supreme Court case US v. Rodgers, 461 US 677, 709-10 (1983).  In that case, the Supreme Court ruled that the entire property can be sold, subject to the District Court’s discretionary review of: (1) the prejudice to the IRS from selling only the taxpayer’s interest; (2) the other owners’ legally recognized expectation of being exempt from forced sale; (3) the cost of dislocation and undercompensation of the other owners; and (4) the character and value of the non-liable interests.  Therefore, the District Court recognized that it may “exercise . . . limited discretion in individual cases to take into account both the government’s interest in prompt and certain collection of delinquent taxes and the possibility that innocent third parties will be unduly harmed by that effort.”  The Court noted that the “limited discretion afforded by IRC §7403 should be exercised rigorously and sparingly, keeping in mind the Government’s paramount interest in prompt and certain collection of delinquent taxes.”

In this case, the US District Court did not see any third party interests unduly harmed.  Therefore, the District Court held the government was entitled to reduce to judgment unpaid tax liabilities assessed against a couple and foreclose federal tax liens on their real properties.

If the IRS has filed a tax lien or is threatening a suit to foreclose, then it is essential that you contact a tax attorney.  The Law Offices of Todd S. Unger, Esq. LLC can help you resolve your back taxes by finding and executing the right solution to your tax matter.  Contact the Law Offices of Todd S. Unger today to schedule a confidential consultation (877) 544-4743.