Identity Theft in Tax Administration is a Key Focus

The IRS has issued a report that in 2013 criminal investigations had increased by 12.5 percent.  According to the IRS in the 2013 fiscal year, 5,315 cases were initiated of which 4,364 were recommended for prosecution with a 93% conviction rate.  The IRS conviction is high because it cherry picks its cases.

In criminal cases, the IRS must present sufficient evidence to prove guilt beyond a reasonable doubt. If the IRS believes that it cannot meet that burden, then the case stays civil and civil tax penalties may apply.  In the case of an understatement, the IRS may assert a civil fraud penalty which is 75% of the tax understatement.  In a civil fraud tax case, the IRS must prove fraud by clear and convincing evidence. Clear and convincing evidence is a greater burden of proof than preponderance of the evidence but less than beyond a reasonable doubt. 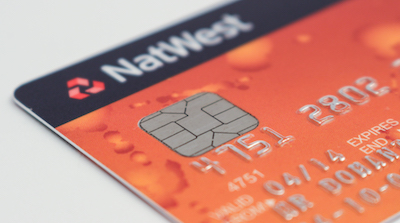 The Department of Justice (DOJ) has announced that it will focus on the investigation and prosecution of criminals involved in identity theft.  DOJ warned that identity refund fraud cases are on the rise and growing in complexity.  The cases can range from refund-related identity theft, employment-related identity theft, theft of social security, ITIN, and EIN numbers, etc.  DOJ reported that it filed nearly 600 indictments or informations in 2013 charging some 900 defendants with stolen identity refund fraud.

In the last couple of years, my tax practice has received more calls from NJ residents who are receiving emails from people claiming to work at the IRS.  The emails request sensitive information and, in some cases, demand money.  These email scams are known as “phishing” and, according to the IRS and DOJ are prevalent.  The IRS does not communicate by email and you should not respond if you receive an email.

Because identity tax theft is a fairly new crime, many tax professional are grappling with how to resolve the tax crime.  If you have been victim of identity tax theft, then I would recommend following the below steps:

If you do not have the time to deal with your identity theft case or require assistance, then contact the Law Offices of Todd S. Unger, Esq. today.