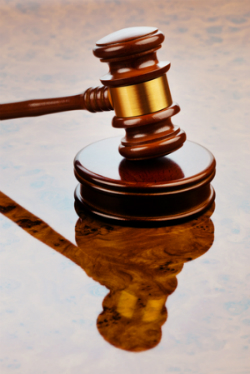 In a recent US Tax Court decision, Budish v. IRS, T.C. Memo. 2014-239, the Court held that a settlement officer erroneously concluded that the Internal Revenue Manual (“IRM”), an IRS employee handbook, required the filing of a notice of federal tax lien as a condition to execute an IRS installment agreement.  This is an important taxpayer victory because of the difficulty involved in avoiding an IRS tax lien.  It further emphasizes the importance of timely filing an appeals hearing when the IRS threatens to levy.

In Budish, the taxpayer owed $205,000 in back taxes.  In an effort to collect the back taxes owed, the IRS collection unit threatened to levy the taxpayer’s property or right to future property.  The taxpayer filed for a Collection Due Process Hearing (“CDP”) which afforded the taxpayer the right to appeal the tax levy and provide US Tax Court review if the taxpayer and appeals could not negotiate a tax resolution.

Appeal of the IRS’s Tax Levy and Tax Lien Filing

The taxpayer, a sculpter, claimed that the IRS’s collection by levy was inappropriate since less intrusive methods of collection, in particular, an IRS installment agreement, were available.  Because the taxpayer owed more than $50,000 in taxes, the IRS required that he submit a financial disclosure (“Form 433-A”).  On the Form 433-A, the taxpayer disclosed nominal assets.  Based on the taxpayer’s financial condition, appeals requested an installment agreement of $5,500 per month and required the filing of a notice of federal tax lien as a condition to execute a payment plan.

The taxpayer argued that the IRS’s filing of a tax lien would hamper, rather than facilitate, the collection of back taxes by destroying the cash flow to his sculpting business.  The taxpayer provided the IRS a letter from the foundry’s president to him which provided that if, for any reason, payments due to the foundry were suspended or delayed, production of the taxpayer’s work would cease.

The settlement officer concluded that the IRM required a notice of federal tax lien to be filed and sustained the IRS’s proposed levy.  The taxpayer filed a US Tax Court Petition to review appeals’ decision.

The Tax Court noted that appeals gave two reasons for insisting that a notice of lien be filed.  In the IRS Summary Notice of Determination, appeals cited IRM section 5.12.2.4.1 (Oct. 30, 2009), which states, in pertinent part, that:

… “in general”, a notice of lien “should be filed” under certain specified circumstances, including [when]: (1) the unpaid balance of assessment is $5,000 or more or (2) “an installment agreement does not meet streamlined, guaranteed, or in-business trust fund express criteria.”

Therefore, the Court opined that there may be occasions in which the filing of a tax lien was unnecessary.  The Court further noted that IRM 5.12.2.4 lists circumstances under which an “NFTL filing determination must be made”, not circumstances under which a notice of lien must be filed.  Based on the foregoing, the Court stated that the appeals officer was not required to file a tax lien, but rather, was required to make a lien filing “determination.”

The US Tax Court believed that the taxpayer demonstrated that a federal tax lien would be counterproductive for IRS.  The Court reasoned that because the taxpayer had nominal assets and the lien would stifle the only cash flow he had to resolve his tax debt, it was not in the government’s best interest to file a tax lien.  Accordingly, the Tax Court held that the IRS abused its discretion and remanded the case back to Appeals for further consideration.

The filing of a tax lien can be a difficult strain on your career or business.  The Law Offices of Todd S. Unger, Esq. LLC has experience resolving sensitive tax matters.  If the IRS is threatening to take enforcement action against you, then delay is not an option.  Call tax attorney, Todd S. Unger, Esq. today to schedule a confidential consultation (877) 544-4743.