The IRS May Be a Red Sox Fan… 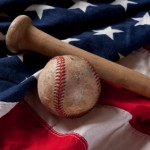 According to Bloomberg News, citing the complaint, the refund originated from an audit involving the New York Yankees’ parent company for the tax years 2001 and 2002.  At the conclusion of the tax audit, the late owner, George Steinbrenner and the IRS settled.  The settlement resulted in adjustments to the tax returns of the beneficiaries; Hal Steinbrenner had a 25% interest, of a family trust.  Hal Steinbrenner paid taxes in 2008, and then filed an amended 2001 tax return in 2009 seeking a refund because of a $6.8 million net operating loss carried back from 2002.

The IRS is claiming the refund claim was filed late and has sued Steinbrenner to recover $670,493.78.

Refund Claims Must Be Filed Timely, Though Amount of Refund May Be Limited

Even if a claim is timely filed, the amount of the credit of refund may be limited.  In general, the amount cannot exceed the tax paid within the 3 year period immediately preceding the filing of the claim.

Suits By United States for Recovery of Erroneous Refunds Must be Timely.

The recovery of an erroneous refund by suit is allowed only if the suit has commenced within 2 years after the making of such refund unless it appears the refund was induced by fraud or misrepresentation.  In that case, the suit may be brought at any time within 5 years from the making of the refund.