Help! I’m Getting Audited and Cannot I Find All of My Records!

George Michael Cohan was a major American entertainer, playwright, composer, lyricist, actor, singer, dancer and producer.  He was known for songs such as “Give My Regards to Broadway,” “Yankee Doodle Dandy, and “You’re a Grand Old Flag.  Despite writing such patriot songs, the IRS decided nothing was more patriotic than a tax audit.

Cohan’s career required him to travel extensively. He spent large sums entertaining actors, employees, and critics. Cohan did not keep a record of his spending on entertainment and travel, although he estimated that he incurred $55,000 in expenses over several years. The Board of Tax Appeals (BTA) disallowed the deductions due to Cohan’s lack of documentation.

Cohan’s tax attorneys argued that the IRS was wrong because although his records were missing, George had presented other credible evidence of the amount of the expenses on which approximations of the true amounts could be made. On appeal, the court felt that the BTA had been too strict. The court felt that Cohan’s testimony established the fact that legitimate deductible expenses had been incurred. The disallowance of all deductions suggested that no expenses were incurred, an unjust result.  Although the Second Circuit allowed Cohan a deduction for his expenses, the court recognized that the problem originated with Cohan’s lack of documentation. The court stated…

“to allow nothing at all appears to us inconsistent with saying that something was spent. True, we do not know how many trips Cohan made, nor how large his entertainments were; yet there was obviously some basis for computation, if necessary by drawing upon the Board’s personal estimates of the minimum of such expenses. The amount may be trivial and unsatisfactory, but there was basis for some allowance, and it was wrong to refuse any, even though it were the traveling expenses of a single trip. It is not fatal that the result will inevitably be speculative; many important decisions must be such. We think that the Board was in error as to this and must reconsider the evidence.”

The Cohan rule stands for the proposition that a court will allow the taxpayer a deduction for an estimated amount of expenses where it is clear the taxpayer is entitled to a deduction but cannot establish the exact amount of the deduction.  Because this leniency has the potential for abuse by taxpayers, Congress codified stricter standards that require stronger documentation in some areas.  For example, the Cohan rule cannot be used for expenses for travel, entertainment, business gifts, or the use to depreciation records.  Furthermore, no charitable contribution deduction is allowed unless the taxpayer has (a) bank records, such as a cancelled check or bank statement; or (b) a written acknowledgement from the charity documenting the donation’s amount and date.

Question: Will the IRS disallow my deductions because my tax records are lost or destroyed?

Answer: Loss or destruction of tax records is common problem for taxpayers during a tax audit. Here in New Jersey,… 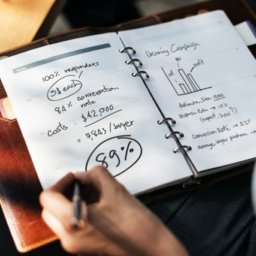