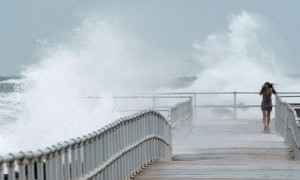 On October 31, 2012, the Internal Revenue Service (IRS) announced that taxpayers and tax preparers have been given until November 7 to file returns and accompanying payments. The relief was issued specifically for those in the areas of the Mid-Atlantic and Northeastern United States that were affected by the storm or by Hurricane Sandy. The announced relief is automatic and does not require filing waivers or extensions.

The announcement mainly applies to business payroll and excise tax returns that were originally due October 31, 2012. The IRS did note that some taxpayers and preparers might receive a penalty notice. They stated that, if that happens, the taxpayer or preparer should contact the IRS and request a reasonable cause abatement of the penalty because of the storm.

The IRS also issued a notice announcing that the Preparer Tax Identification Number (PTIN) system was down due to the storm. All federal tax preparers are required to obtain a PTIN and renew it annually to avoid penalties. The IRS stated in their news release that any tax preparers who were scheduled for the RTRP/SEE test through Prometric Inc. on Tuesday, October 30, would be notified by email about rescheduling. The RTRP webinar that was scheduled for Wednesday, October 31, was also postponed. A new date for that webinar will be announced as soon as it has been scheduled. Tax preparers that are affected by the cancellations will not be penalized.

The IRS noted that, when the Federal Emergency Management Agency (FEMA) issues qualifying disaster declarations, it expects to grant additional relief for the filing and payment of taxes. The details will be posted on the IRS.gov Tax Relief in Disaster Situations page.

If you are located in the Mid-Atlantic and need legal advice regarding your taxes, contact New Jersey Tax Attorney Todd Unger today!