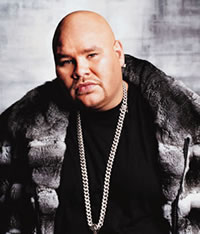 New Jersey federal prosecutors stated that Fat Joe grossed more than $1.3 million in 2007 and $1.4 million in 2008 from music-sale royalties and concerts.  According to the Feds, Fat Joe’s unpaid taxes total more than $718,000.00.

According to the New York Post, Fat Joe has recently been in the news for well-publicized beef with rapper 50 Cent. Joe currently maintains residences in both Miami Beach and New Jersey.