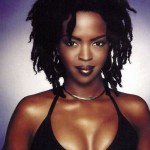 Anyone who thinks that select people are exempt from paying their income taxes is wrong. That was proven by the recent spate of court cases involving celebrities and sports stars. One of the most recent cases concerns Lauryn Hill, a singer and songwriter who has won eight Grammy awards. She has been a controversial entertainment figure over the last 13 years, making frequent derogatory statements about the music industry.

Recently, Hill was sentenced to three months in prison because she did not pay $1 million in taxes over the last 10 years. She pled guilty to failing to pay taxes owed on $1.8 million of earnings for the years 2005 to 2007. She also owed federal and state taxes on 2008 and 2009 earnings, in addition to interest and penalties on unpaid taxes. As the case progressed, it appeared Hill decided to pay some of the taxes, and several days before sentencing she paid $900,000. However, making a payment was not enough to keep her from serving time in prison.

The lesson for all taxpayers is that excuses and good works will not save tax cheaters. Hill has six children, claimed abuse by the music industry, paid some of the taxes owed, has earning power, and does charitable works. Yet, the Assistant U.S. Attorney Sandra Moser argued in court that Hill was simply making a lot of excuses for not paying her taxes and had plenty of opportunity over the years to pay what she owed. The three months in prison will be followed by a year of parole supervision. The first three months on parole must be spent under home confinement.

Lauryn Hill made some controversial statements in court. She claimed she was threatened and blacklisted by the entertainment business, which is why she took a hiatus. She also indicated that her experiences as a singer can be compared to slavery because the industry imposed an economic system on her and treated her like a cash cow.

Her controlled statements did not sway the judge, and the experience serves as a clear lesson for taxpayers. No matter how well known you are at the moment, tax debts cannot be ignored.