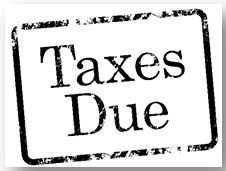 Thousands of people holding security clearances are also tax cheats — a major problem considering that financial troubles are frequently considered a threat to national security. The reason? The farther in debt a person is, the more likely it is that they will turn to illegal activity to obtain needed funds. Russia has shown repeatedly that it is willing to pay cash for national secrets and has previously bought off former CIA and FBI agents.

Security clearance procedures have also come into question due to recent high profile events. Washington Navy Yard shoot Joseph Alexis was granted a security clearance despite a previous arrest for shooting the tires of a neighbors’ car, among other problems. Although those applying for security clearances are required to provide multiple references, the company that performed NSA leaker Edward Snowden interviewed only his girlfriend.

Tax delinquencies pose a bigger problem than financial trouble. Falling behind on taxes is seen as a willingness to violate the law. Said Senator Tom Coburn, “it is absurd to give federal employees and contractors who have already failed to follow the law access to our nation’s classified information.” Many of these delinquencies are not minor — one delinquent holding a security clearance owes over $2 million and another failed to file taxes for several years.

Part of the problem is the way in which background checks are conducted. There is no link between the IRS system and the programs used to conduct the check. For financial information, only a credit report is pulled. Tax delinquencies do not show up on a credit report unless the IRS has obtained a lien. In addition, over 75% of the tax debts were incurred after the clearance was granted, showing that only continued monitoring would have detected the problem.

This issue was discovered during a report by the General Accounting Office. They examined 240,000 officials and contractors outside the military and intelligence services by plugging their social security numbers into the IRS database of tax delinquents. This simple search alone returned 8,400 tax delinquents — half of which hold a top secret clearance.

If you have delinquent tax payments and are in need of legal guidance, contact seasoned tax attorney Todd Unger today at 877-544-4743.