Jeopardy Levy to Collect Back Taxes 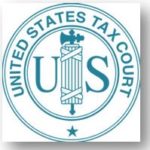 Generally speaking, the IRS cannot levy upon the taxpayer’s property until the IRS has provided the taxpayer notice and an opportunity for a Collection Due Process Hearing (also known as an IRC 6330 and CDP Hearing). If the taxpayer is dissatisfied with the results of the CDP Hearing, then the taxpayer can seek judicial review of the IRS’s decision in the United States Tax Court.

Unfortunately, a recent US Tax Court decision filed on December 12, 2013, T.C. Memo 2013-281, Bibby v. IRS, reminds us that the IRS can bypass the above procedures and issue a jeopardy levy before affording the taxpayer administrative and judicial review.  In Bibby, the US Tax Court sustained the IRS’s decision to issue a jeopardy levy because the taxpayer was quickly dissipating funds or attempting to put them beyond the reach of the IRS.  Below explains how the IRS can issue a levy to collect upon a back tax before affording the taxpayer administrative and judicial review.

Under IRC 6331(a), if the IRS determines that the assessment or collection of a back tax will be jeopardized by delay, then the IRS can immediately assess the deficiency and issue notice and demand for payment to the person liable for the payment of the tax.  Upon the failure or refusal to pay such tax, the IRS may immediately levy upon the property or rights to property of the person subject to the tax liability.

The existence of one or more of the following conditions in Treas. Reg. §1.6851-1(a) would support a determination that the collection of the tax is in jeopardy:

The second condition was how the IRS was able to levy upon Bibby in the aforementioned case.  Prior to issuing a jeopardy levy, an IRS revenue officer, an employee whose role is the investigation and collect of back taxes, will seek approval from IRS attorneys (Chief Counsel).  Upon Chief Counsel’s approval, the IRS revenue officer will issue a jeopardy levy against the petitioner’s bank accounts, wages, cars, real estate, or any other assets upon which the back taxes can be collected.  Unlike a CDP hearing which provides administrative and judicial review of a levy, the government, similar to a Notice of Federal Tax Lien, will take action and subsequently afford the taxpayer a chance to contest the decision.

After a jeopardy assessment, the taxpayer will be issued a Letter 2439 (CG), Notice of Jeopardy Levy and Right to Appeal.  Pursuant to IRC 6330(f), the delinquent taxpayer is afforded an opportunity for an administrative hearing or judicial review within a “reasonable period of time after the levy.”   Under Section 7429, the taxpayer can obtain an administrative redetermination of whether the levy is reasonable under the circumstances.  Additionally, the taxpayer is entitled a CDP hearing under IRC Section 6330.  During the hearing, the taxpayer could propose a tax resolution, such as an installment agreement, offer in compromise, currently not collectible, and discuss whether the jeopardy levy was reasonable.  The taxpayer can request a hearing under both provisions which the government may consolidate into one hearing.

Under IRC Section 7429, the taxpayer can request a judicial review of whether the determination that collection is in jeopardy is reasonable, by bringing a civil suit against the United States in the U.S. District Court.  However, if the taxpayer filed a US Tax Court petition for a redetermination of a deficiency under IRC Section 6213(a) prior to the IRS levy, and at least one of the taxes for one tax period included on the levy is also included in that petition, the Tax Court, in addition to the U.S. District Court, also has jurisdiction for a judicial review of the levy for all tax periods on the levy.

If the IRS loses the administrative or judicial appeal, then the IRS will refund the seized funds.

Is it possible to negotiate a tax settlement to pay less back taxes than I owe?

Question: Is it possible to negotiate a tax settlement to pay less back taxes than I owe? Answer: Yes, but…

18 Jun 2013
Can the IRS Levy Against my Property Without Notification if I Owe Back Taxes?

The Tax Code, Section 6330(a), requires that written notice be given to a person upon whose property the IRS intends…

Tax season is here.  The IRS announced that it plans to begin processing 2012 individual income tax returns on January…

Because Congress failed to approve a 2014 federal budget, the IRS has curtailed its operations. If you have a question,… 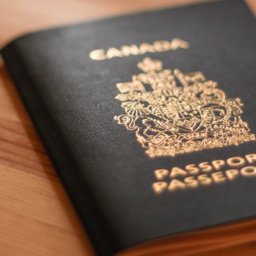