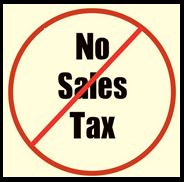 The New Jersey Assembly Budget Committee approved a bill, A-4526, that provides a sales tax exemption for permanent cosmetic make-up services provided in conjunction with reconstructive breast surgery.  The new law, known as “Jen’s Law” became effective on January 17, 2014. The law was named after Jennifer Dubrow Weiss of Vorhees, NJ who had a double mastectomy upon discovery of genes that lead to a high risk of cancer.

Under the old New Jersey tax law, procedures for permanent cosmetic make-up to create the appearance of a pre-mastectomy breast were subject to sales tax.  Many insurance companies had excluded sales tax from coverage for cosmetic services which caused large out of pocket costs for the insured.

Assembly woman Caroline Casagrande, who sponsored the bill, expressed the following in a press release:

“Women who are at a high risk for getting breast cancer often take preventative measures to reduce that risk. A mastectomy is an extremely traumatic event for a woman,” “In addition to the physical pain, the psychological effects are often devastating. Reconstructive surgery is often an important step in the healing process. Requiring women to pay out of pocket sales tax for ensuing cosmetic services is an additional burden they should not have to bear.”  She further stated that “During the final stages of breast reconstruction surgery, women often decide to use tattoos to create the appearance of a pre-mastectomy breast.”

On March 21, 2014, the NJ Division of Taxation issued a reminder that sellers of tattooing, permanent body art, or permanent cosmetic make-up application services should not charge a sales tax in connection with reconstructive breast surgery if the customer provides a doctor’s prescription to the seller.

If you have been assessed with a sales tax on or after January 17, 2014, you should apply for a tax refund from either the service provider or the Division of Taxation.  New Jersey tax law requires that you file your claim for a refund on the Form A-3730 within four years from the date the sales tax was paid.