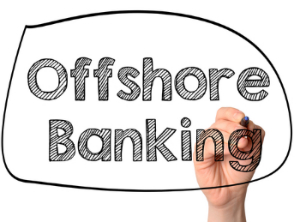 On June 18, 2013, the IRS announced major changes to the voluntary offshore disclosure program (“OVDP”).  OVDP had been criticized by the Taxpayer Advocate and tax attorneys as being too draconian on its participants who failed to disclose their foreign accounts, but were not willful evading their foreign tax obligations.

Simply stated, the 2012 OVDP deal offered no criminal exposure if you got to the government before it found out about you in exchange for the following:

The 2012 OVDP offered reduced penalty calculations of 12.5% and 5% of the highest aggregate balance, but these reduced OVDP penalties were based on precise requirements.  If you did not satisfy the requirements, OVDP tax agents did not have the discretion to negotiate.  If you did not like the program, you could opt out of OVDP.

Tax lawyers and the Taxpayer Advocate thought the offshore disclosure program was unfair because the IRS assumed that everyone was willful and, therefore, should be treated similarly.  On June 18, 2014, the IRS opened up its streamlined procedures to a broader group of applicants.

The IRS streamlined procedures had only been available to expats who lived outside of the US since January 1, 2009, did not file a US tax return during the same period, and have presented a “low level compliance risk” assessed by completing a risk questionnaire.  In order to be considered a “low level compliance risk,” the tax due for the non-compliant period covered had to have been less than $1,500 in each year.

IR 2014-73 permits US residents to enter the streamlined filing procedure and eliminates the risk questionnaire along with the $1,500 tax due requirement discussed above.  In order for a US resident to become compliant, the following is required:

In summary, this means if you are a US resident who is non-willful, then:

1)    The IRS will not require clearance from the criminal investigation unit;

2)    The IRS will assess a miscellaneous offshore penalty equal to 5%, not 27.5%, of the foreign financial assets during the previous three or six years.

3)    The IRS will require that you amend and file three years of returns, as opposed to eight years; and

4)     The IRS will not assert the 20% accuracy related penalty and interest thereon.

What about the Offshore Voluntary Disclosure Program (OVDP)?

The IRS also made changes to the non-streamlined OVDP program.  OVDP is designed for participants that were willful.  The IRS eliminated the reduced offshore penalties in light of the streamlined program, discussed above, and now requires additional information from applicants.  Perhaps the biggest changes are the following:

It is going to be interesting how tax lawyers are going to ascertain which clients are considered willful versus negligent and how the IRS is going review the offshore disclosure submissions.

If you have foreign bank account, non-compliance and you were not willful, then there has never been a better time to make an offshore disclosure.  If you cannot meet the streamlined offshore disclosure requirements, then the modified OVDP provides you with the opportunity to potentially avoid the raised OVDP penalty, become compliant, and avoid criminal prosecution.