Why is everything taking so long at the IRS? The 2015 Budget 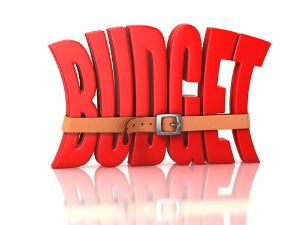 Through the 2015 Consolidated Further Continuing Appropriations Act, Congress cut the IRS’s budget for the fifth consecutive year.  Congress reduced the IRS budget by $346 million from the 2014 fiscal budget which was $526 million below the IRS’s 2013 funding level.  The IRS budget is cause for concern when the tax season starts on January 20, 2015.

Where is my tax refund?  I cannot get through to the IRS.

IRS Commissioner, John Koskinen estimated that approximately 50% of calls will be answered during the 2015 filing season.  Koskinen stated that “those who do get through could easily wait 30 minutes more.”

In June 2013, Nina Olsen, head of the Taxpayer Advocate, an independent unit of the IRS whose mission is to protect the taxpayer said “the IRS is an institution in crisis”. . . as a consequence of this crisis, the IRS gives limited consideration to taxpayer rights or fundamental tax administration principles as it struggles to get its job done.”  As a tax attorney whose focus is exclusively on taxpayer representation, I would agree.  The IRS is not functioning well.  Some of the problems that I am encountering in my tax practice are as follows:

The IRS budgetary cuts have caused tax audits and the collection of back taxes to decline.  The IRS reported that the total number of tax examinations for the fiscal year 2013 is down from 2012.  Generally speaking, the IRS has three years to audit a tax return and 10 years to collect back taxes.  If the IRS does not audit you or collect back taxes within the above time periods, then they’re out of time.  This is good news for some as delays can create opportunities to resolve a tax matter by letting the statute of limitations period run.

If you’re in the IRS’s cross hairs, then the reduced budget can create difficulty.  In non-docketed tax cases, cases that are not being litigated, IRS audits are dragging.  Anyone who has experienced a tax audit knows how stressful it can be.  The reduced budget prolongs the taxpayer’s agony.  To make matters worse, IRS examiners are instructed to request that the taxpayer execute a statute extension (Form 872, Form 872-A, and others) if there is 180 days remaining on audit statute of limitations.  Whether or not to accept the statute extension and which one to execute is a critical decision and not the scope of this blog.  The point is that the budget is causing cases to linger and if you’re undergoing an audit which, through no fault of your own, is dragging, be prepared for the IRS agent to request a statute extension.

The IRS Commissioner opined that the above budget reduction “will reduce enforcement collections by at least $2 billion.”   Some tax practitioners surmise that the reduced IRS enforcement will result in a tax hike.

The IRS is in charge of enforcement of the Affordable Health Care Act (what the media refers to as Obama Care) and offshore compliance relating to the Foreign Account Compliance Act (FACTA).  With more responsibility and a reduced budget, the 2015 tax year could be a mess.

The budget cuts have made it more difficult to resolve a tax problem.  Now it is more important than ever to have effective representation when negotiating with the IRS.  Todd S. Unger, Esq. is an experienced tax attorney who deals with the IRS on a daily basis.  His experience can help you or your business resolve your audit or back taxes.  Contact the Law Offices of Todd S. Unger, Esq. today (877) 544-4743.