During the past few years, homeowners living in Trenton, NJ, have found themselves paying increasing amounts of taxes. By some estimates, city taxes have increased nearly 30 percent within three to four years. The amount of money raised by the city government rose by 19 million dollars from 2009 to 2012. Within that same time period, however, police officers were laid off and city services rapidly deteriorated.

Home and business owners could be facing a property tax rate hike in 2013 that will equate to a 5 percent increase. If implemented, this increase would put Trenton’s city tax rate at a whopping $3.88 for each $100 of assessed value. By comparison, this figure was $2.48 in 2008.

Other towns in Mercer County with the next highest rates of municipal taxes are Hamilton and Ewing, both of which share borders with Trenton. Hamilton projects its tax rate to be approximately $1.20 this year, and Ewing has surprisingly proposed that it will see a tax decrease down to $1.23 this year. 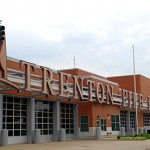 Taxpayers in the city are also tapped for school taxes, county taxes and library taxes. The school system in Trenton is very heavily funded by aid from the state of New Jersey, and oddly, about 66 percent of Trenton’s collected city taxes are not going to the schools, but rather to pay for city government. This pattern is the total opposite of a large number of suburban towns where the local schools receive a larger percentage of tax dollars collected, not the city government.

An anomaly faced by the city of Trenton, NJ is the reality that approximately half of the properties within the Trenton boundaries are not owned by private citizens and businesses, but rather by the government or organizations that are tax-exempt. This figure is not changing; therefore the potential new taxpayer base is zero. The expenses for running the city are neither decreasing nor staying the same, although, it appears, the presently-taxed individuals and businesses will continue to be taxed even more.

If you are in the greater Trenton area, and need legal advice on handling your taxes, be sure to contact Todd Unger today!